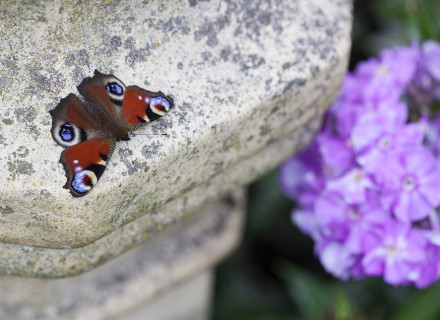 Sir Walter Scott’s kitchen garden – the third of the interconnecting outdoor ‘rooms’ at Abbotsford – is reached from the Morris Garden through a stone archway.

This is the garden where Scott grew the vegetables and fruit he needed to feed his household. Kitchen gardens were important sources of sustenance in early 19th century Scotland. The Cartleyhole estate that Scott purchased in 1811 was supplied by a large plot just to the east of the original farmhouse – where the Morris Garden is located today.

This walled garden is the largest of the three spaces, but is still only one acre. The Georgians had a measure for status for almost everything, and this size of kitchen garden is appropriate for a minor baronet – but larger than for a farmer! As Scott’s house was continually full of visitors, the produce from here would have been grown very intensively, and amplified by further gardens on the estate (there was an orchard at Kaeside, for instance) and possibly produce bought in. However, its layout would have been similar to that which you see today, with a mix of flowering and scented plants, herbs, fruits and vegetables. The brick faced walls were used to conduct heat better from the flues of stoves placed to help fruit ripen later in the year and hold off late frosts in the spring. The organic produce we grow today is used in Ochiltree's Restaurant, and bought by staff and volunteers (though occasionally sold in the shop!), using heritage varieties based on sources found in our archives.

The glass house is a rare surviving example from this time, and was designed by Scott. It was used as a place of retreat and shelter from bad weather and visitors by Scott and his family. It probably would have showcased the best of the hot house grown plants, on wooden stepped staging, when in full flower. The design of the glass house is Scott’s, and is based on a knight’s campaigning or jousting pavilion, having had stone shields fixed to its outside (no longer visible). 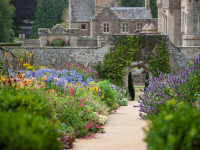 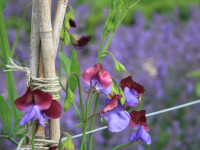 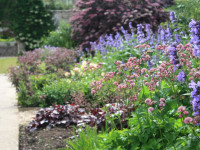 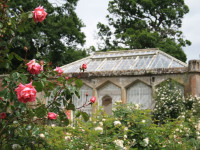 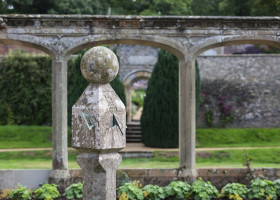 The South Court is the first of the three outdoor ‘rooms’ that Sir Walter Scott designed as picturesque settings for his house at Abbotsford. 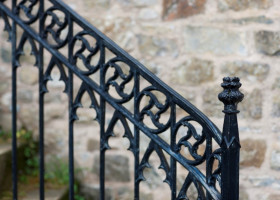 The sunken garden to the east of the house – known in Scott’s day as the East Court – is the second of the three interlinking outdoor ‘rooms’ at Abbotsford. 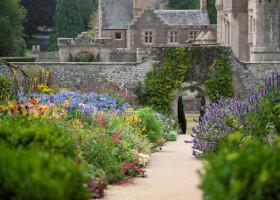 Sir Walter Scott’s kitchen garden – the third of the interconnecting outdoor ‘rooms’ at Abbotsford – is reached from the Morris Garden through a stone archway.